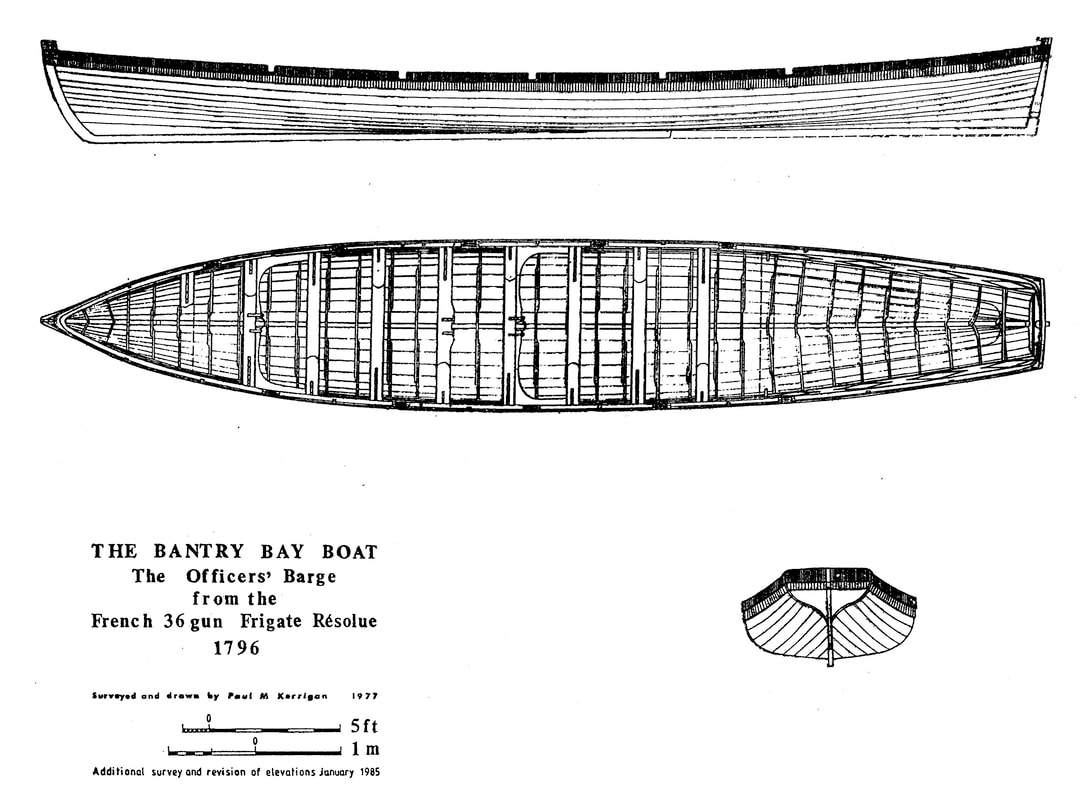 Captured on the shores of Bantry Bay, Ireland in 1796, the original French boat was stowed away, and perfectly preserved for the next 150 years. The original gig, also known as the "yole 1796," can be seen in the Collin's Baracks of the National Museum in Dublin, Ireland. Since 1986, over 80 wooden replicas have been built worldwide for participation in Atlantic Challenge International and are commonly referred to as Bantry Bay gigs.

Our Bantry Bay gigs in Belfast, Maine include Loyauté, and Humanité. They have been given French names to honor their French heritage. Both are copies of an Admiral's gig from the 1796 French navy. Humanité was built at the Apprenticeshop in Rockland, Maine in 1996, and Loyauté was built on Cape Cod, Massachusetts in 1999.

Film Clip AC from Slip The Lines from Tom Nitsch on Vimeo.